UCSD Associate Professor Clinton Tolley's paper "The Generality of Kant's Transcendental Logic" has been selcted by Philosopher's Annual as one of the top ten papers of 2012. Congratulations to Clinton! The paper is available here.

See here. That's Nancy in the front row, second from the right (seventh to the right of Hillary Clinton). Also honored were classicist Mary Beard, and computer scientist Tim Berners-Lee.

Posted by Monte Johnson at 11:37 AM No comments:

The Department of Philosophy is sad to announce the loss of one of its founding
members, Emeritus Research Professor Avrum Stroll, who died on September 12, 2013
in La Jolla. Professor Stroll was a beloved colleague, teacher, administrator and
researcherfor half a century. He will be sorely missed.

Born in 1921, Avrum received his Ph.D. from UC, Berkeley. With Richard Popkin and
Jason Saunders, he founded the Department of Philosophy in 1963, chairing it in 1966-
7 and 1969-72. In 1964 he organized a conference that brought Herbert Marcuse to
UCSD for a campus-wide lecture, which led to the hiring of Marcuse that same year.
Throughout his time here he was instrumental in shaping the Department into an
internationally recognized leader in various fields. He also served UCSD more
generally, acting as Faculty Assistant to the Vice Chancellor for Academic Affairs,
among other positions.

Professor Stroll was an expert in philosophy of language, epistemology, and
metaphysics. He was also instrumental in establishing the history of 20th century
analytic philosophy as a field. For much of his career, Stroll expanded upon and
adapted the methods of Ludwig Wittgenstein and J. L. Austin to deal with a broad
array of topics, including explaining the conditions under which people can be certain
and justified. His warm enthusiasm for Wittgenstein was as genuine and infectious as
were his battles with the epistemological skeptic. His philosophical method involved
careful and insightful attention to individual situations, “the method of cases,” – what
his former student Professor Al Martinich describes as “the philosophical analog of
Marcel Proust’s descriptions of things and events.” Professor Stroll’s publishing career
spanned over fifty years. Throughout he was an extremely prolific philosopher,
authoring or co-authoring twenty books and approximately one hundred and fifty
articles.

Personally, Professor Stroll lived life to the fullest. Passionate about opera, golf, good
food and wine, he enjoyed lively conversation about politics, sports and language. His
friends and colleagues will miss his delightful cackle, his sharpness of thought but also his kindness.
No discussion of Professor Stroll can omit his boundless energy for philosophy.
Retirement only increased his ability to engage in the subject. Fittingly, in 1995-1996
Stroll was awarded the Constantine Panunzio Distinguished Emeriti Award by the
University of California. Upon his retirement from full time teaching, he was
appointed a research professor, and continued to co-teach a seminar with the
distinguished biologist, S. J. Singer, and publish. Throughout his life he was dedicated
to sharing his passion for the field. His four introductory books with Popkin helped
shape the teaching canon in the field. Their first book, Philosophy Made Simple
(Doubleday) is still in print, more than five decades and a million copies after its 1956
publication. We in the Department are heartened by the fact that this vigorous
champion of philosophy will still be attracting students to the field after his passing.
He is survived by his wife, Mary Stroll, a medieval historian, four children, Robin
Stroll, Susie Stroll, Noelle Melese, Ted Stroll, son in law Patrick Melese, and grandson
Andrew Melese.

We plan to remember and celebrate Professor Stroll in the Atkinson Pavilion at the
UCSD Faculty Club between 4-6pm on October 26, 2013. If you plan to attend, please
RSVP to Susanne Degher at sdegher@ucsd.edu.

UCSD Emeritus Research Professor Avrum Stroll, founder of the UCSD Philosophy Department in 1963 (along with Richard Popkin and Jason Saunders) died on September 12, 2013.

Avrum was Chair of the Department in 1966-1967 and 1969-1972. In an earlier post, I wrote of the early years, including his organizing of a conference in 1964 which brought Herbert Marcuse to UCSD for a campus-wide lecture, which led to the hiring of Marcuse that same year.

Avrum was an extremely prolific philosopher, whose publishing career spanned over fifty years. He was an expert on analytical philosophy, philosophy of language, and the history of twentieth-century philosophy. He was also the co-author (with Richard Popkin) of four introductory philosophy textbooks, including one of the most widely-read introductions in North America (Philosophy Made Simple).


Links to some of Avrum's papers are available at philpapers.
Posted by Monte Johnson at 8:00 PM No comments:

Posted by Monte Johnson at 3:26 PM No comments: 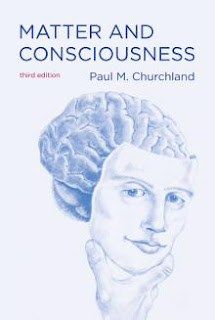 Posted by Monte Johnson at 11:59 AM No comments:

Brain Chemistry and the Self: Pat Churchland on NPR

This has been a great month for UCSD Philosophers appearing in public fora. (See previous post for Craig Callender in the New York Times.)

UCSD Emerita Professor of Philosophy Pat Churchland has recently been interviewed on "On Point" on National Public Radio: "Brain Chemistry and the Self". Check it out!
Posted by Monte Johnson at 12:43 PM No comments:

Nothing to See Here: Craig Callender in NYT

Professor and Chair of UCSD Philosophy Craig Callender has written the following piece for "The Stone", the New York Times forum for Philosophy: Nothing to See Here: Demoting the Uncertainty Principle. Check it out!
Posted by Monte Johnson at 12:34 PM No comments:

Posted by Monte Johnson at 11:09 AM No comments:

She has already posted on "Brain Scans and Brain Scams", "Criminal Genes and Criminal Brains", and "Bare Naked Philosophy". I'll refrain from trying to summarize any of these-- but do check it out!

See also her profile there:

Patricia Smith Churchland is emerita Professor of Philosophy at UCSD and an adjunct professor at the Salk Institute. She has a B. A. from the University of British Columbia, an M. A. from the University of Pittsburgh, and a B. Phil. from the University of Oxford. Her curiosity about the philosophical implications of advances in brain science matured when she was a junior professor at the University of Manitoba in Canada. Aided by a Woodrow Wilson Faculty Development Grant (1975-76), she studied neurology at the University of Manitoba Medical School, and learned basic neuroscience in the Jordan spinal cord lab. She and her colleague-husband, Paul Churchland, came to the University of California, San Diego in 1984, where she pioneered the subfield of neurophilosophy. Extended interviews can be found on The Science Network www.tsn.org and philosophybites.com. See also February 2007 for a lengthy article (Two Heads) in The New Yorker by Larissa MacFarquar. Pat Churchland has been president of the American Philosophical Association (Pacific Division) and the Society for Philosophy and Psychology, and won a MacArthur Fellowship in 1991. She is the author of Touching a Nerve: The Self as Brain.

Posted by Monte Johnson at 1:02 PM No comments:

UCSD Emeritus Professor of Philosophy Frederick Olafson has died. The following is a message from his son:


I'm sorry to report that Frederick Olafson has died. He passed away quietly at about 7:30 on Tuesday evening at a San Diego Hospice unit in Carlsbad. He was 87.

A distinguished scholar and author, Professor Olafson taught at Vassar, Princeton, Johns Hopkins and Harvard before joining UCSD's philosophy department in 1971. He remained there until his retirement in 1991 -- including a period as department chairman in the '70s -- and returned in the mid '90s to lead seminars.

His numerous books include Principles and Persons: An Ethical Interpretation of Existentialism (1967), Ethics and Twentieth Century Thought (1973), The Dialectic of Action: A Philosophical Interpretation of History and the Humanities (1979), Heidegger and the Philosophy of Mind (1987), What Is a Human Being? A Heideggerian View (1995) and Naturalism and the Human Condition: Against Scientism (2001).

Professor Olafson is survived by his three sons. His ashes will be scattered by his children in a private ceremony. A memorial service is planned for the fall.

Links to some of Professor Olafson's many papers are available through philpapers.

Posted by Monte Johnson at 10:34 AM No comments: